Article “Energy saving in the Danish Plastic Industry” by Plastindustrien.

At Letbek in Tistrup circular economy is part of the history and business model. Therefore, it was natural to join the industry agreement on PSO reimbursement from the plastic trade association in Denmark, “Plastindustrien”. Since then, energy management and ISO certification have provided both aha experiences and savings.

Long before concepts such as circular economy and world goals became part of the Danes’ vocabulary and society’s agenda, LETBEK began to recycle plastic. In fact, it has been part of the West Jutland company’s business model since its inception in 1973.

– We have a clear philosophy – we want to make products using as much recycle plastic as possible. That is why we try to make our customers use recycled materials if possible, says Lars Lindblad who is production manager at the Danish factory.

In several ways a total of 100 employees are progressing on putting green footprints in a world with an large number of challenges due to an increase in consumption of plastics, Lars Lindblad and Steffen Koed, QHSE Manager, explain, as they welcome us on the factory in Tistrup, to a talk about their work with energy management and the industry agreement on PSO reimbursement.

– Some companies have been working with management systems for many years, and it is part of the corporate culture. Those of us who are a new to it need to present it to the organization at first. We did not have any ISO systems from the beginning. We started from scratch and have been working on doing things in all the right ways, says Steffen Koed.

In search of the power wasting point

Lars Lindblad leaves the meeting table in the factory´s large showroom, which is also the gathering point for larger meetings and other activities for the employees. On the wall is a large TV screen monitoring an overview of the Tistrup factory’s electricity supply. Lars Lindblad shows the system of various electricity meters, which have been installed in relation to the energy optimization process.

-We need to map our standard energy comsumption. We have a total of 20 extrusion lines and 11 injection molding machines, and we very often change product line on different machines. It is difficult to gather long time data on each of them, which is why we do overall measurements, says Lars Lindblad.

In co-operation with the Danish Energy Agency they decided how to identify Letbek’s largest power consumption points. Subsequently, Steffen Koed and Lars Lindblad have been working on how to reduce consumption.

Lars Lindblad monitors the “Trend curve” of Letbek. It shows the development in energy consumption in relation to the turnover since the beginning of the process in 2015, which is the factory’s index year. The scale is EnPI – Energy Performance Indicators.

– The curve is declining. In 2017 we started gaining benefits of our effort. After a few years at index 95, we went to index 92, and now we are just above 91, says Lars Lindblad, while pointing at the downward curves on the screen.

One of the ways to lower the consumption of energy has been to replace several of the oldest and energy-consuming machines with new models which consume less energy. But also the production compressors have been up for an energy-check by measuring how much air was lost in the system.

– We had a loss of 5 cubic meters per hour. We figured out that if we could manage to save half the loss, we would save 9-10.000 DKK per year. We also measured our leakage losses, and we found a 19 percent loss on the system in a single week, says Lars Lindblad.

Among other things the Letbek energy team moved the compressor room, which was found to be placed inappropriately. They replaced pipes and optimized several other things. Thus it became possible to lower the pressure with one bar.

The cooling flow has also been observed. Now the system is divided into several smaller circuits, rather than running all in one large system. That way it avoids unnecessarily sending large amount of cooling water into circulation in a large system, if it is necessary for only some of the machines .

– We have be able to lower the pressure on our water pumps as well. Instead of a 4 bar pressure, it was suddenly possible to lower the pump pressure by one – or even one and a half bar – and still have the same potential of cooling. An electric system like this used quite a lot of energy. A pump that unnecessarily cools water all the time spends quite a lot of money, says Steffen Koed.

Focus on the total economy

The past 5-6 years focus has been on energy management and power-saving projects at the Letbek. Several times the Letbek management has approved replacement of older machines with more energy-friendly models, but in some cases the payback time has been estimated to be too long, e.g. the machine producing ground production plates in recycled plastic.

– We decided to change the engine of this machine. We could have had an even more energy efficient engine, but it required rebuilding the entire machine, which would have had an enormous impact on the total economy. In that case we might have invested in a brand new machine instead. Therefore, we chose the change of engine, says Lars Lindblad.

During the period of working with the mapping the consumption and implementing changes, Letbek has benefited greatly from the experience group meetings held by the Danish plastic trade association, Plastindustrien. Lars and Steffen have gathered knowledge, experiences and new perspectives on their work back home to Letbek. 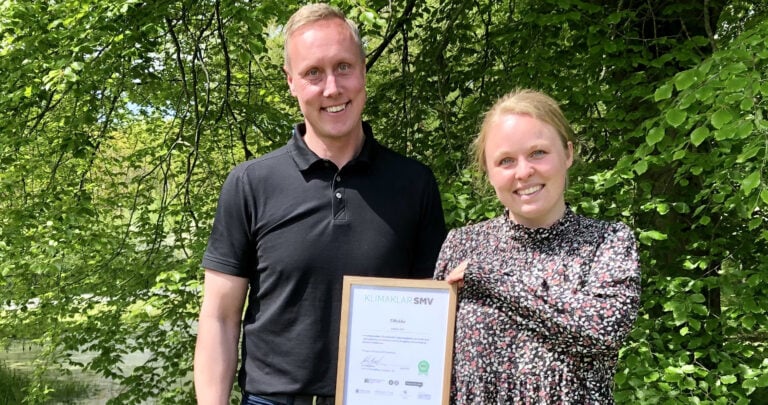 After having taken part in the CLIMATE-READY consultancy course, Letbek has now kick-started measuring CO2 emissions and documenting the company’s total impact on the climate. 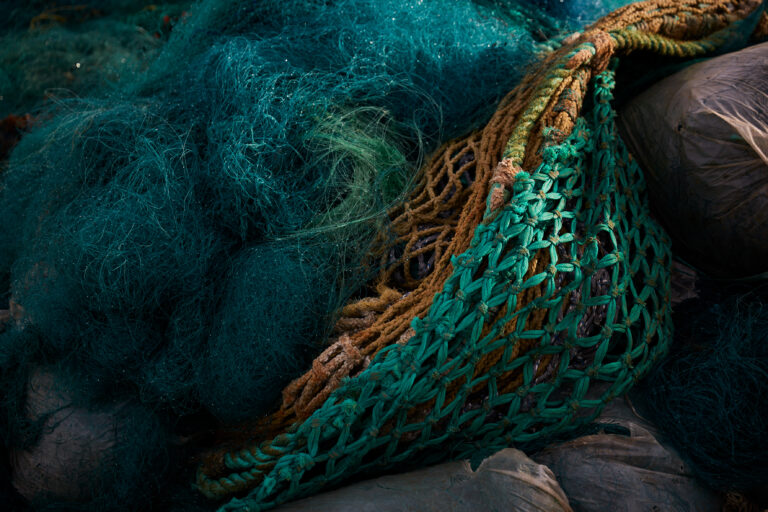 In future parts of the plastic that is recycled in the plastic production at Letbek A/S will be renamed Marine plastic replacing the previous term,

We would be pleased to help you in any way we can. Give us a ring, use the contact form or challenge us on info@letbek.com

This website uses cookies to improve your experience while you navigate through the website. Out of these cookies, the cookies that are categorized as necessary are stored on your browser as they are essential for the working of basic functionalities of the website. We also use third-party cookies that help us analyze and understand how you use this website. These cookies will be stored in your browser only with your consent. You also have the option to opt-out of these cookies. But opting out of some of these cookies may have an effect on your browsing experience.
Necessary Always Enabled
Necessary cookies are absolutely essential for the website to function properly. This category only includes cookies that ensures basic functionalities and security features of the website. These cookies do not store any personal information.
Non-necessary
Any cookies that may not be particularly necessary for the website to function and is used specifically to collect user personal data via analytics, ads, other embedded contents are termed as non-necessary cookies. It is mandatory to procure user consent prior to running these cookies on your website.
SAVE & ACCEPT

Chair 'R.U.M.' Outdoor is an ecofriendly and sustainable chair from Wehlers